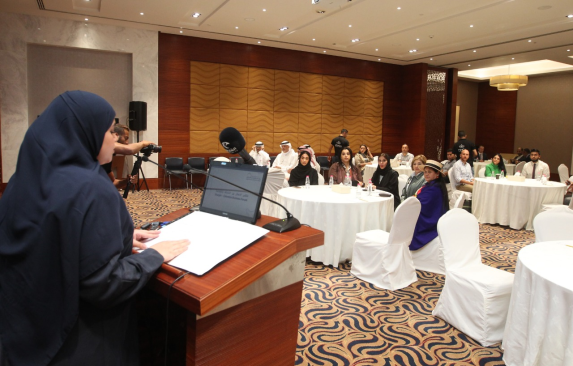 The discussions were held during the Sharjah-Colombia business forum, organized by the Chamber on the sidelines of the Colombian business delegation’s visit to the emirate of Sharjah, headed by H.E. Juliana Cabrejo, CEO of the Arab Colombian Chamber of Commerce. The meeting was attended by H.E. Raghda Taryem, Board member.

H.E. Raghda Taryem said: “The UAE’s vision and aspirations are primarily focused on enhancing the country’s economy and achieving qualitative leaps by supporting economic, commercial, and investment partnerships, and expanding bilateral relations with many promising countries, including Colombia.”

Taryem said that Colombia is the third largest economy in South America, a major source of raw materials, and an important gateway for companies based in the UAE to access the wide economic opportunities offered by the region. In addition, the UAE is Colombia's largest trading partner in the Arab world, with more than 40% of its foreign trade with the region in 2020, and the total non-oil trade between the UAE and Colombia was AED 991 million in 2021.

“Such a strong foundation serves as a starting point for concrete cooperation and shared understanding that brings together members of both Chambers to achieve qualitative leaps in various sectors,” She added.

Emphasizing the importance of the meeting, H.E. Juliana said that the gathering has been a valuable opportunity for Colombian companies and members of the Arab Colombian Chamber of Commerce to exchange expertise and explore investment opportunities in various sectors, especially in coffee trading.

Cabrejo stated that Sharjah has international capabilities in all fields and can support Colombian companies with its economic expertise. She outlined investment opportunities available in Colombia, which is one of the most stable Latin American economies and has a noticeable growth rate in various sectors.

During the meeting, the Sharjah International Airport Free Zone (SAIF Zone) showcased its logistical capabilities and integrated service system that meets the needs of investors, as well as the advantages it offers, including  100 per cent foreign ownership of businesses, 100 per cent repatriation of capital and profits, 100 per cent corporate or personal income tax exemptions, and 100 per cent import and export tax exemptions, fast issuance of licenses within an hour, leasable land, warehouses, and furnished offices, a strategic location in the UAE and the world, in addition to global air connectivity through Sharjah Airport, which serves as a major hub in the region.