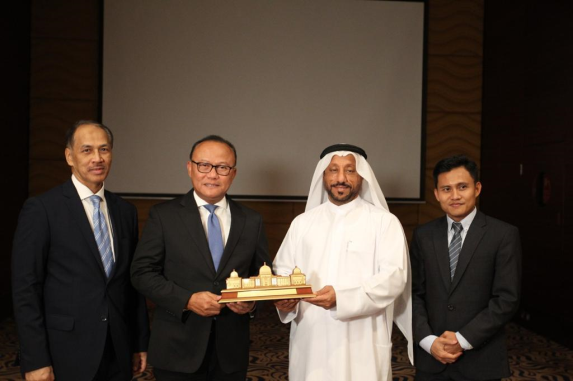 Sharjah Chamber of Commerce and Industry (SCCI) organized a seminar to explore investment opportunities in Indonesia, in cooperation with the Consulate General of Indonesia in the UAE.

The business meeting discussed ways to boost partnership and bilateral cooperation between the business communities of both countries, as well as potential deals and how Indonesian businessmen can take advantage of Sharjah's distinguished position to promote Indonesian industrial products and expand into the region's markets.

Al Owais stressed that the areas of bilateral cooperation with Indonesia cover many sectors and are rapidly expanding, particularly in light of the recently signed Comprehensive Economic Partnership Agreement and the substantial volume of trade exchange between the two nations, which in 2021 totaled about $3 billion. He stressed that the gathering represented an opportunity to build on both countries’ solid partnership.

For his part, Dr Kandra Negra noted that the Consulate General of Indonesia will continue to play a crucial role in coordinating with the business communities on both sides to support the growth of commercial cooperation between the UAE and Indonesia through Sharjah.

He noted that the Consulate General can arrange meetings between SCCI delegations and business owners in Indonesia and facilitate the chamber’s trips to factories and companies in some areas of Indonesia, to enhance trade relations and improve economic cooperation between the business communities of both countries.