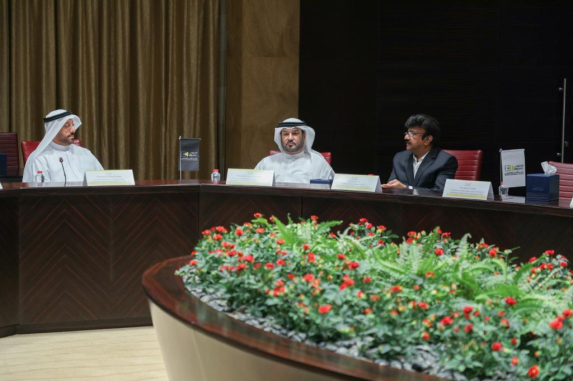 The Board of Trustees of the Sharjah Excellence Award has held a meeting to review the latest developments, progress, and work plan as part of its ongoing preparations to organize the 2022 edition.

The event will be organized by the Sharjah Chamber of Commerce and Industry (SCCI) under the patronage of His Highness Sheikh Sultan bin Mohammed bin Sultan Al Qasimi is the Crown Prince and the Deputy Ruler of Sharjah.

The gathering touched on the promotional stages of the award, which included a number of seminars and workshops, in addition to induction tours and field visits recently organized by the Chamber to promote the award categories.

The meeting also discussed the expected number of participants who will take part in the upcoming edition, calling on all those who wish to participate to register through the website. Also discussed were a recommendation to launch an electronic membership card for winners, giving them some advantages, as well as the training courses offered by the award, which are approved by the European Foundation for Quality Management (EFQM).

Lauding the ongoing preparations to organize the forthcoming edition, Al Owais called on the award teams to intensify their efforts to promote its various categories and help achieve its goals of promoting a culture of excellence and quality and becoming the driving force for economic development in the emirate and the country.

"We are moving forward in line with the wise vision of H.H. Dr. Sheikh Sultan bin Mohammad Al Qasimi, Supreme Council Member and Ruler of Sharjah, which pays utmost attention to activating the role of private sector entities in supporting economic integration not only in Sharjah but also in the UAE and GCC countries," Al Owais said.

He also stressed the importance of developing the award categories and ensuring the compatibility of its standards with the latest developments taking place in the economic landscape.

For her part, Nada Al Hajri, General Coordinator of the Sharjah Excellence Award, outlined the results of the promotional tour carried out recently in the GCC countries to encourage private sector institutions to participate in the award and to promote two categories, including "Sharjah Gulf Localisation Award" and "Sharjah Gulf Excellence Award."

She stressed that the tour will have a positive impact on the upcoming edition, particularly in light of the impressive response and fruitful cooperation it received from all the Gulf Chambers, which demonstrated their full readiness to promote the award to the business community and private sector establishments.

Al Hajri noted that all those interested to participate can still register for the award through its website: www.shjseen.ae.