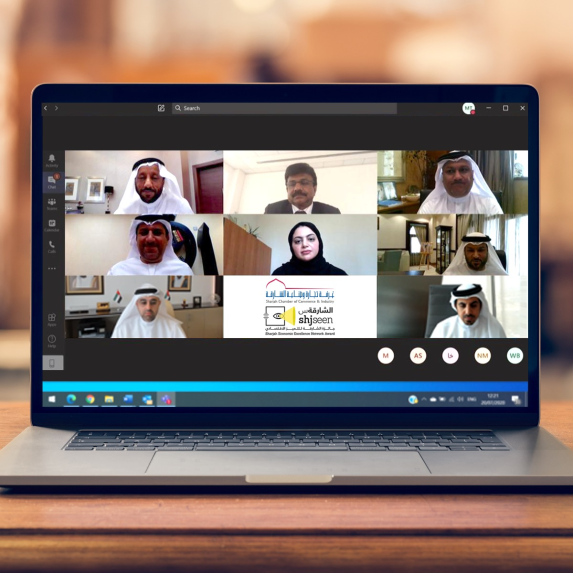 The Board of Trustees of the Sharjah Excellence Award has decided to combine the 2020 and 2021 seasons of the award into one. This is in addition to boosting the support to small business owners and entrepreneurs with disabilities and instituting cash prizes to be given this year to distinguished ones. The Trustees have made a number of substantial changes to the 2020 edition, in yet another move to keep abreast with the exceptional circumstances the world is going through due to Covid-19. As per the new changes, the criteria of the Sharjah Entrepreneurs Award, one of the seven award categories has been amended where new conditions relating to the applicant’s personal characteristics, the strategic approach of the company, professionalism, innovation and business results, were introduced. The Members of the Board of Trustees also agreed on the need to simplify the participation process and facilitate its procedures across all categories, especially in the Sharjah Entrepreneurs Award. The award is organised by the Sharjah Chamber of Commerce and Industry (SCCI) under the patronage of Sheikh Sultan bin Mohammad bin Sultan Al Qasimi, Crown Prince and Deputy Ruler of Sharjah. The new changes were approved at a meeting held virtually under the chairmanship of Abdallah Sultan Al Owais, Chairman of the SCCI and the Board of Trustees of Sharjah Excellence Award. “Since its inception, the Sharjah Excellence Award has seen many changes that took into account the private sector’s visions, proposals and approaches. This indeed demonstrates the award’s flexibility and dynamism,” said Al Owais, adding: “We are always working to provide different recommendations and practices that would support the private sector’s excellence.” He affirmed that the award has established its reputation as one of the key drivers towards excellence, creativity and innovation across various economic sectors. “The Sharjah Excellence Award is forging ahead in line with the SCCI’s vision of cooperation with its strategic partners in the emirate, to support economic development in the Gulf region, enhance the central role played by the private sector, and improving the competitiveness of the local and the Gulf economies,” Al Owais said. “The merger decision has been taken after conducting extensive studies over the past months, taking into account the economic situation locally and abroad,” the SCCI Chairman underscored, adding: “Companies at this stage are busy restructuring themselves in preparation for economic recovery stage.” “This is why we decided to combine the 2020 and 2021 seasons into one where we will more likely be able to attract a larger number of participants,” Al Owais explained. Khalid Jasim Al Midfa, Chairman of the Sharjah Commerce and Tourism Development Authority (SCTDA), Sultan Abdullah bin Hadda Al Suwaidi, Chairman of Sharjah Economic Development Department “SEDD”, and Waleed Abdul Rahman Bukhatir, Second Vice Chairman of SCCI, took part in the meeting. Also present were Mohammed Ahmed Amin Al Awadi, Director General of the SCCI, Najla Al-Midfa, CEO of Sharjah Entrepreneurship Centre (Sheraa), Dr. Salah Taher AL Haj, Vice Chancellor for Community Affairs at University of Sharjah (UoS), Lalu Samuel, Chairman of the Representative Committee of the Industry Sector at the SCCI, and Nada Al Hajri, Sharjah Excellence Award General Coordinator. Al Hajri reviewed the latest developments on the award, highlighting that companies, which were taking part in in the 2020 edition, were exempted from registration fees. “We have coordinated with the Sharjah Police as we are planning to introduce a new category - the Sharjah Award for the best facility complying with the security conditions,” Al Hajri said. While referring to the series of training courses organised remotely by the award, Al Hajri said: “We have developed an online partnership platform to continue cooperation and communication with the award’s partners against the backdrop of the current circumstances.”