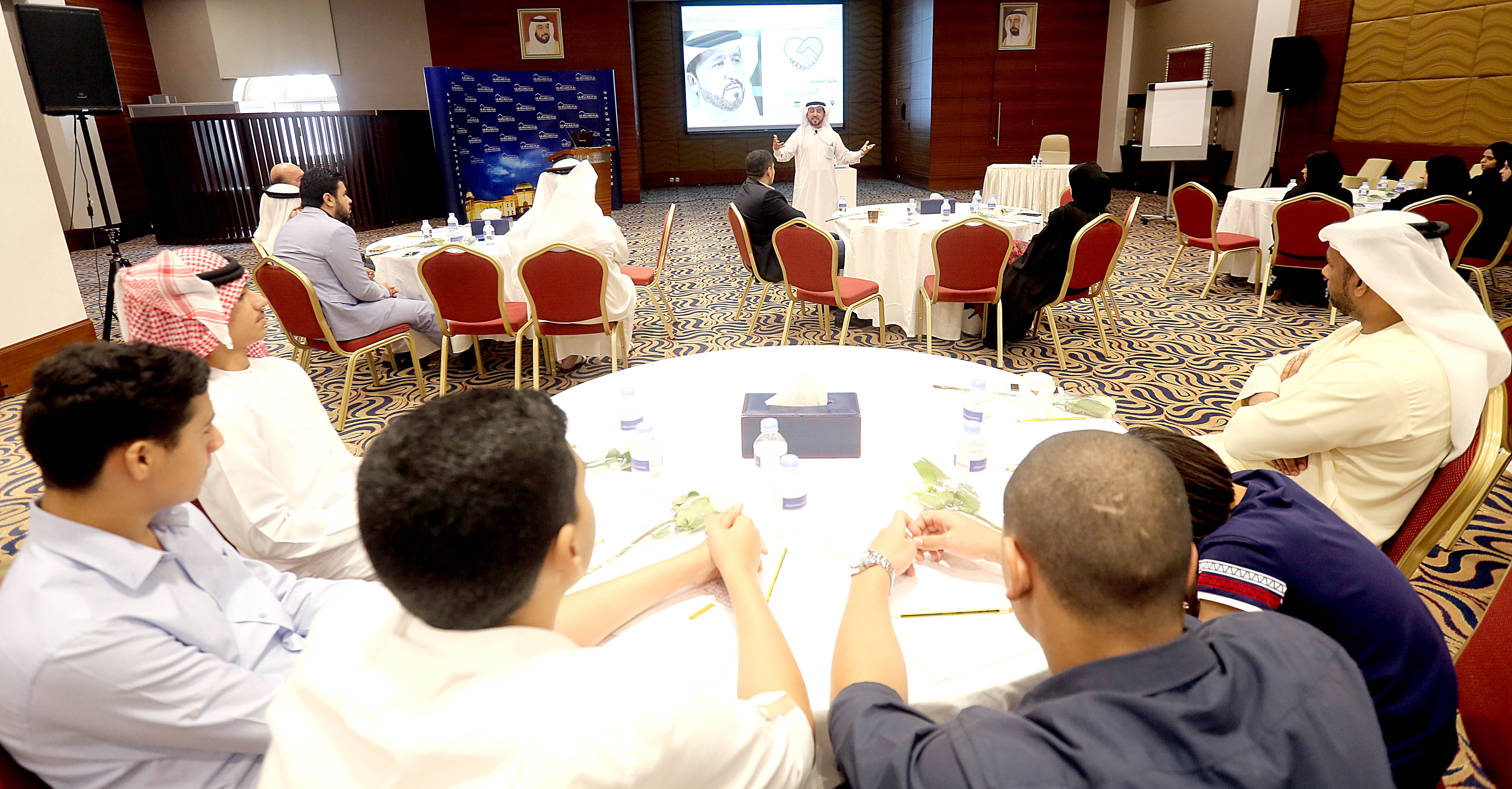 The Training and Development Center at Sharjah Chamber of Commerce and Industry SCCI organized a session on forgiveness as part of the “Social Saloon” initiative, to enhance the sense of forgiveness among the Chamber’s staff and instill it as a culture and systematic approach, conduct and daily corporate practice.

The lecture, aimed at spreading awareness and knowledge, was presented by Dr. Saeed Al Tunaiji and attended by HE Mohammad Ahmed Amin, Assistant Director General for the Communication and Business Sector at SCCI as well as a large number of staff.

Mr. Amin said that forgiveness is a human trait that we cannot do without in building societies and corporations that hope to develop and prosper, and he added that the UAE is model worthy of being emulated in forgiveness, openness and accepting the other.

Mr. Amin pointed out that Sharjah Chamber is keen to instill forgiveness in its staff as a corporate value, in line with our dear religion that prompts us to forgive and be merciful, and in line with the wise leadership’s example that instilled forgiveness, accepting the other, openness and rejecting extremism and closed-mindedness, and he pointed out that forgiveness, patience, and smiling are indispensable for pleasing others and providing them with the best services, apart from being essential as an attitude for interaction among the one and the same team to ensure coherence and constructive communication.

Mr. Amin said Sharjah has become an inspirational city for running a business that would not have attracted visitors and tourists from all over the world were it not a healthy social and cultural environment, accepting of the other without discrimination based on religion, creed or color, and he stressed that organizing this session comes within this frame and serves enhancing Sharjah’s name and its stature as an advanced society were forgiveness and civility dominate.

For his part Dr. Saeed Al Tunaiji explained that forgiveness requires having being open hearted and avoiding being angry at others, staying in tune with an internal feeling of peace and not fearing to make mistakes but learning from the process.

Sharjah Chamber seeks to instill forgiveness as a corporate value by preparing its cadre and enhancing their belief in the value of forgiveness as a sustainable corporate, cultural and human component to become systematic approach for thought and work, and a daily practice.